You spent considerable time in countries such as South Africa, France, Brazil, Argentina and Chile as a young adult and later on elsewhere. How did these experiences pique your interest in travel and other cultures?

Connecting with people who have very different life experiences is an essential skill when traveling. It requires humility and a willingness to seek common purpose. My first extended time outside the U.S. was as an exchange student in South Africa when I was 16. That was two years after apartheid and the county was in a major period of transition. It was a formative experience for me from the prospective of wanting to engage with other places. Years later after grad school, I took a train from Beijing to Moscow solo—I had a friend at the start and one at the finish. This was long before smartphones or Google maps. I relied on phrasebooks and making new friends as I traveled through China, Mongolia and Russia. Being adaptable and flexible were key, as well as understanding that detours are part of the journey. I am generally positive about the future but a bit nostalgic for that period when you had to engage more with strangers.

What type of things have changed since those earlier times?

When I travel these days, I notice how social cues and consumer tastes are shared across borders. For example, Brazilian music resonates across borders. I remember a work trip to Thailand and the soundtrack at a local restaurant was Portuguese even though few understand the lyrics! Social media has accelerated this trend. South Korea has become an emergent player in cosmetics and it is easy to share beauty tips online. I met last year with a Russian social media company who spoke in part about the velocity with which fashion and beauty trends from Europe and Asia show up.

We tend to think of food as one of the most deeply ingrained behaviors. Even here, consumer tastes are changing rapidly. A few years ago, I was in India and overheard an affluent consumer demand a gluten-free roti, which is traditionally made with wheat. Health and wellness seem to be a middle class phenomenon worldwide. Ten years ago, you were hard-pressed to find a 10K or half marathon in most parts of China. Today, you can find one most weekends in China, and an Indian company is the sponsor of both the Chicago and New York marathons. Today's consumers have broader options and make broader choices than their parents did. Sometimes these break down culturally, but other times they break down by environment, level of affluence or life stage.

Asia is the core of growth and innovation within emerging markets. Companies domiciled in Asia are over 75% of the benchmark universe, the MSCI Emerging Markets index.1 While some economies such as South Korea and Taiwan play an outsize role in the index relative to their GDP, others are set to grow. Accordingly, we believe investing in emerging markets requires deep expertise in Asia, in countries such as China, India and Southeast Asia, which represent some of the most dynamic parts of the region.

What are some of the idiosyncrasies of emerging markets as an asset class?

Virtually any division of the world contains a certain amount of artifice. South Korea is richer than Portugal, but somehow is in the same benchmark as the Philippines and India. The United Arab Emirates has high income and long life expectancies, but is categorically classified as similar to Indonesia. One could argue that China should be its own category. Perhaps one day it will be. On balance, we can say that the “emerging” world is comprised mostly of middle-income per capita countries many of whom have solid growth prospects but delineations are far from clear-cut.

As consumer trends become more globally shared and supply chains more complicated, taking a global view on company research and analysis can help an emerging markets investor. There are competent sportswear companies in the U.S., Germany and China. A skilled asset manager should have a point of view on them. The semiconductor value chain is concentrated in Asia, but has a meaningful nexus in California and the Netherlands. Looking at how similar companies are doing globally provides greater context and information even for an investor focused on Asia or the global emerging markets.

How should investors look at emerging markets?

Investors might consider thinking of emerging markets as a starting point rather than a destination. This can help investors capture ideas that might not be well-represented in other parts of their portfolios. China, for example, contains some of what in my view are the most innovative companies in the world, many of which are becoming multinationals with global best practices. Many companies located outside of Asia are highly influenced by what happens there, so I think our historical focus on understanding Asia is relevant to the global emerging markets in this context.

What excites you about investing in emerging markets today?

The pace of change. Economic and social change is moving faster in the emerging world than other places. Of course, the pace of change is not always going in the right direction—things go up and down. The change process is part of the opportunity set for active managers. What remains the same is that the opportunity set begins with great companies. I believe that both the absolute number and percentage of the world's best companies increasingly will be located in or driven by emerging markets. Growth requires the entrepreneurial energy of innovative companies looking for better ways to serve their customers. This growth requires a vibrant private sector as the engine. We seek to invest in great companies that are well-positioned in their industries with the potential for generating attractive, sustainable growth and cash flow. 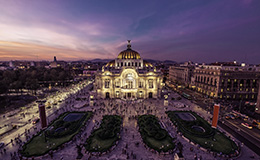 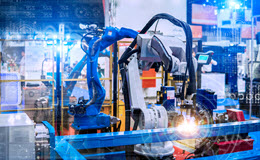 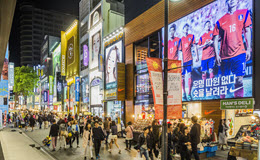