COVID-19 remains largely in control in China and its economy is in a V-shaped recovery, but U.S. — China relations are tense and likely to worsen. Sinology explores what these trends mean for China's economic prospects.

Four important trends are continuing in China: COVD-19 remains largely under control; the economy is in a V-shaped, post-COVID recovery, led by strong domestic demand; U.S.-China relations are tense and likely to worsen; but the political problems between Washington and Beijing should continue to have little impact on China's economy or its investment environment.

All of us at Matthews Asia send our sympathies to everyone affected by COVID-19, either directly or indirectly, and we extend our gratitude to all health care professionals, scientists and service providers who are diligently working to help and provide care to those in need around the world. 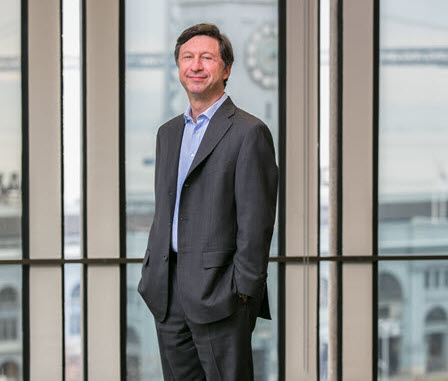 Keeping the coronavirus under control is key to maintaining the economic recovery, and there are reasons to be optimistic. In the first 12 days of August, there were a total of only 420 new COVID-19 cases in China, and of those, only 262 were the result of local transmission (the others were among people who had arrived from abroad with the disease). In contrast, during the first 12 days of August, there were 651,880 new cases in the U.S. and 10,617 in the UK.

I know that some investors wonder whether the Chinese government's COVID data can be trusted. I think there are two reasons to believe that since January 23—when the government shut down the city of Wuhan, where the virus was first identified, and which has a population larger than that of New York City—the Chinese government has not been deliberately falsifying its COVID data.

Life in China has been gradually getting back to normal since March, and July was the fifth consecutive month of a V-shaped economic recovery.

Inflation-adjusted (real) retail sales were down 2.7% year-over-year (YoY) last month. Not yet back to normal (in July 2019 real retail sales rose 5.7% YoY) but a huge improvement from the 23.7% decline in January/February.

Auto sales were up 16.4% YoY last month, compared to a 79.1% decline in February and a decline of 4.3% a year ago. This is in line with reports from major Japanese automakers. Honda said its sales in China were up 17.8% in July, while Nissan reported an 11.6% increase and Toyota's sales were up 19.1%, including a 38.6% jump in Lexus sales last month, all on a YoY basis.

Residential property sales also continued their strong recovery last month. After falling 39.2% YoY (in square meter terms) in January/February, sales rose 9.9% last month, following a 4% rise in June. A year ago, sales were up 3.4% YoY. July was the fastest YoY growth rate over the last 24 months.

The recovery of sales of autos and homes reflects that middle-class and wealthy consumers have both sufficient money and enough confidence in the future to spend it. And it wasn't only big-ticket items that bounced back last month. Online sales of goods rose 24.5% YoY in July, faster than the 16.7% YoY pace a year ago.

Sales at food services and drinking places rose 0.6% month-over-month in July, after month-on-month increases of 8.3% in June, 31% in May and 26% April. This sector is beginning to recover, but restaurant and bar sales were still down 11% YoY last month, due in large part to lingering fears many people have about gathering indoors. It is likely that this part of the economy, as well as other businesses that require customers to gather in confined spaces, will take a long time to fully recover. This is why I expect China's economic activity to return to about 80% of normal by the end of this year, with the final 20% of the recovery unlikely until after an extended period of time with very few new COVID cases in China, the global pandemic under control, or the development and widespread use of an effective vaccine.

Fixed asset investment also continued to improve last month, including by privately owned companies, whose CapEx spending increased 5.2% YoY, compared to a 26.4% fall in January/February and a rise of 3.6% YoY a year ago.

The political relationship between the governments in Washington and Beijing has been in a sharp, downward spiral for several months, and tensions are almost certain to increase further between now and November 3.

I'd like to focus here on one of most recent steps taken by President Trump, his August 6 Executive Order on “Addressing the Threat Posed by WeChat.” At this time, it is not clear how this order will be implemented, and what the impact will be. While U.S.-based users of the social media app WeChat represent a very small fraction of the app's overall user base, a ban on WeChat in the U.S. would make it more difficult for people in the U.S. to communicate with family, friends, colleagues and clients in China. WeChat is also an important channel for U.S. companies to communicate with their Chinese customers, so if the ban were to restrict access by Americans to this messaging app inside China, that would have a significant negative impact on those firms in one of the world's largest and fastest growing consumer markets.

To put this in context, while China clearly has not lived up to all of its WTO commitments, it has done enough to enable GM to sell more cars in China than in the U.S.

Prior to the COVID-19 outbreak, Nike enjoyed 22 consecutive quarters of double-digit revenue growth in China. And China is especially important to the U.S. semiconductor industry. Qualcomm, for example, earns about two-thirds of its global revenue in China. Profits from sales to China help finance continued R&D by America's tech companies.

It is also possible that the Executive Order could apply to a much broader range of transactions, potentially restricting interactions globally by U.S. persons with Tencent. If that happens, the impact on Tencent could be more significant, but this will not be clear until the transactions this order applies to have been identified by the U.S. Department of Commerce.

More generally, we should recognize that it is not possible to decouple from China's economy, which last year accounted for 40% of global economic growth, larger than the combined share of global growth from the U.S., EU and Japan. Moreover, it will be very difficult for the U.S. to address global issues like climate change, nuclear proliferation and drug trafficking without cooperation from the Chinese government.

In January of this year, President Trump spoke in positive terms about the U.S. relationship with China, saying “it's the best it's ever been.” His national security adviser, Robert O'Brien, said, “. . . the Chinese don't have a democracy, they don't share our values . . . at the same time, there's a huge opportunity to work with the Chinese.” In my view, that opportunity remains open to the U.S. and other governments.

Although I am pessimistic about the near-term trajectory of the Washington-Beijing political relationship, I remain optimistic about China's economic prospects. Because China is a domestic-demand driven economy, there is a low risk that bilateral political tensions will derail the V-shaped economic recovery described earlier.

Last year, domestic consumption accounted for almost 60% of China's GDP growth. The gross value of exports was equal to 17% of China's GDP (down from 35% in 2007), but almost 30% of those exports were processed goods for which little value was added in China. Significantly, over the last five years, net exports (the value of a country's exports minus its imports) have, on average, contributed zero to China's GDP growth. Moreover, only 17% of China's exports went to the U.S. last year. Despite the trade tensions, last year, China's share of global exports actually ticked up a bit. 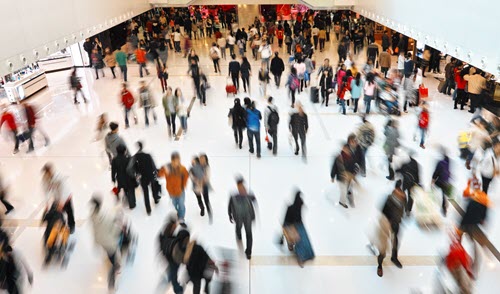 Even a complete breakdown in the bilateral political relationship would likely generate only a very modest drag on China's economic growth. 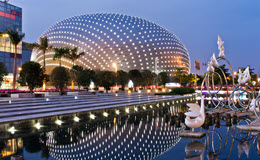 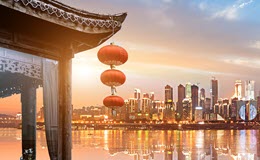